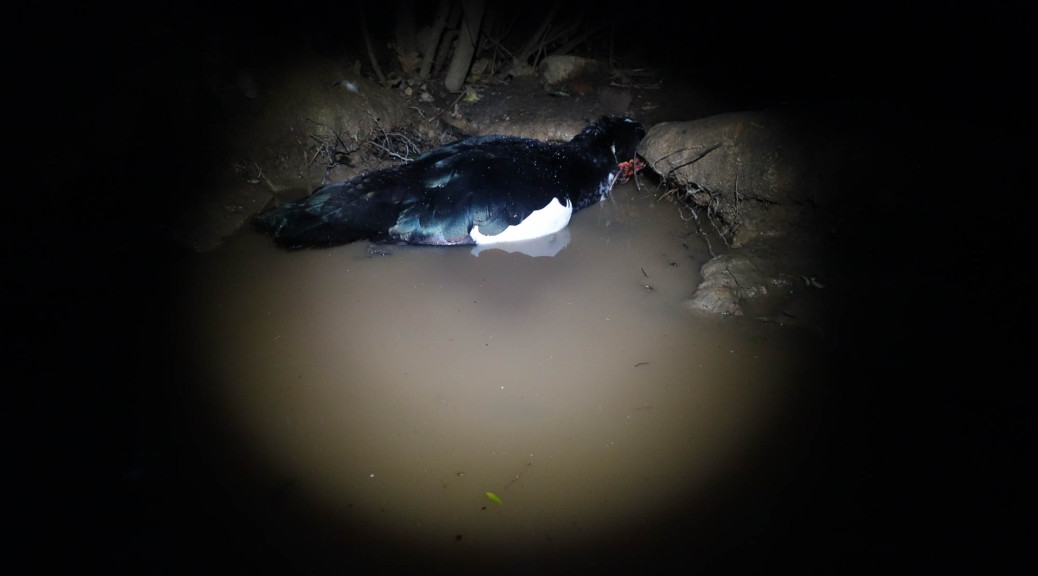 I manage a small agroecology farming operation in Suurbraak on behalf of my son (Matt) and daughter-in-law (Sasha). On my return Japie Present reported that when he had tried to secure the ducks and chickens for the night he wasn’t able to find the fourth duck.

I didn’t give it too much thought as I was reasonably sure that number four would pitch the following morning.

Number four didn’t return. Instead I noted that father duck was in a depression, so it must have been his partner who was missing. That night I picked and placed him in the shelter. He made no resistance.

The following morning father duck was sitting in their drinking basin, which I carefully pulled out of the enclosure without him making any attempt to flee or resist.

For the rest of the day he sat on the edge of the pond totally catatonic.

He wasn’t around for the evening feed and after a search I found him dead at the side of the pond. He must have drowned from grief as his beak was under the surface of the water.

I have no idea what happened to his partner. Matt suggests she might still return (‘Sad times, h, delicate balance, she might return’) but the implications are frightening. I feel loss, a sense of unease and deep concern about – I don’t know what. Are we, as humans, missing something?

Matt explained in an email how he saw the situation: ‘There’s an “over-soul”, which is damaged when a breeding pair terminates, this helps understand the larger unease’.

I traced the term the Over-Soul to Ralph Waldo Emerson’s essay of the same name:

We see the world piece by piece, as the sun, the moon, the animal, the tree; but the whole, of which these are the shining parts, is the soul

If Emerson is right and we, Homo sapiens, are part of a whole, then what harm aren’t we doing to that whole and to ourselves through our CAFOs (concentrated animal feeding operations), genetic engineering, and our use of herbicides and pesticides?

And in the age of Tinder, what doesn’t this incident say about the quality of our own relationships?