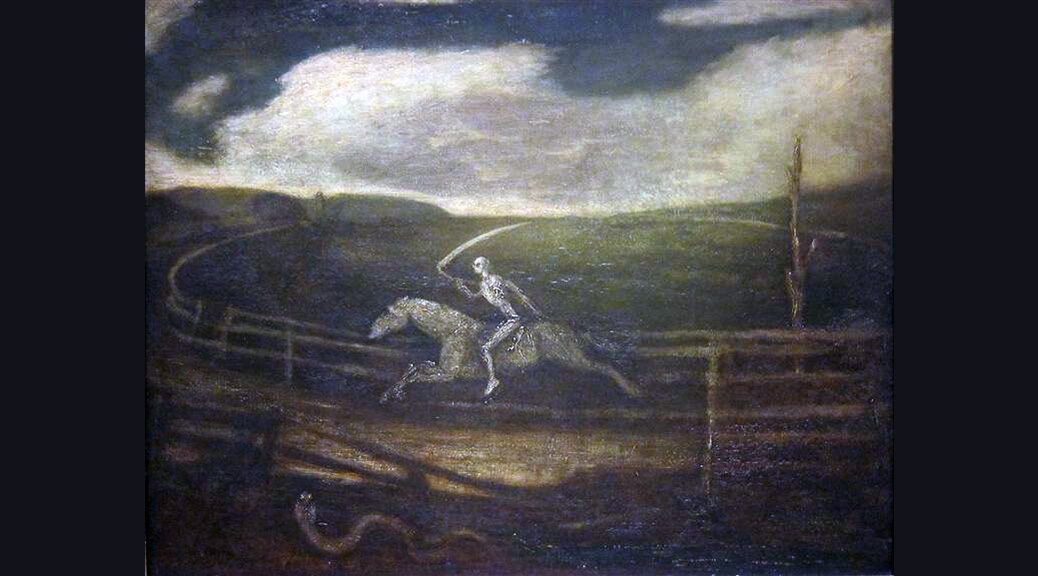 If you have been vaccinated and are contemplating also being boosted, then read:

Our immune systems are under siege: wave after wave of vaccination and booster-generated spike being manufactured beyond the mucosal barrier, far in excess of severely ill Covid patents, is harming healthy immune systems throughout the planet that would otherwise have combatted the virus naturally and by now have built herd immunity

Key vaccinal adjuvants are allergenic for certain people: polyethylene glycol, (PEG) is an adjuvant (i.e. an additive intended to ‘enhances the body’s immune response’ OED) introduced to stabilise and facilitate the cellular uptake of mRNA but which is at the same time potentially highly inflammatory (Malone, 00:20:37 here), having caused anaphylaxis and cardiac collapse in animal experiments. PEG poses a hidden but high risk for approximately 2% of the population that might not know they’re allergenic, resulting in acute anaphylaxis (Stephanie Seneff and Greg Nigh, page 11) which, if we recall, had already become apparent during dodgy Pfizer trials that the CDC tried to suppress (see: ‘They downplayed deaths and serious side-effects at the start of the rollout’ above)

Lipid nanoparticles (LNPs) containers could trigger breast cancer: the synthetic fatty containers for the mRNA have been shown to cause inflammation and swelling of the lymph gland in the armpit of some vaccinees thus posing a danger of axillary lymphadenopathy that, particularly for women, could develop into breast cancer (Seneff & Nigh, pages 8&9)

Injected mRNA is still circulating months later: Robert Malone hypothesis that the pseudouridine they used to replace the uridines in the mRNA he invented might have been so successful in keeping the mRNA intact long enough to reach the spleen that mRNA breached the immune system’s early defences completely and instead of it breaking up after a few days as promised on the CDC website (refer the image below) mRNA and the lab-spike it’s generating the meanwhile, is still travelling the lymphatic system and beyond months later. (Röltgen et al via Malone here). Not a happy outcome.

Lab-engineered spike is far more toxic that the real thing: the spike protein that injected mRNA instructs cells to manufacture in our bodies has been genetically engineered to stay open, and anchored to the surface of cells. This was achieved by replacing two adjacent amino acids with prolines, a highly inflexible amino acid. Pfizer and Thomson-Reuters fact-checkers claim the modification makes the spike safer. Nor so, Robert Malone corrected, by underlining that ‘science is science’, and that their modification has in fact enhanced spike’s immunogenicity (Malone >32:08). Consequently instead of fusing, lab spike now attaches itself to ACE2 receptors wherever it can find them and remain docked weeks on end potentially causing harm (see also the next point)

Instead of Covid being combatted at the periphery, vaccinal spike is being mass-produced throughout our body: mRNA spreads throughout the body instructing cells it encounters to produce lab spike. Now consider this isn’t happening in the mucosal lining of our nose and throat where wild infection would strike and be combatted as part of natural infection (see ‘how our innate immune system goes about protecting us from the SARS-CoV-2 virus’, above). Instead this is happening in the ovaries (in fifth-place after injection site, liver, spleen and adrenal glands), testes (with reproductive implications), our brains (with neurological implications), and all over where cells are being instructed to create a toxin that will in itself likely cause endothelial damage (Mikolaj Raszek, here)

Wave on wave of spike is confusing the immune system and runs the risk of priming self-reactive antibodies to attack host proteins: SARS-CoV-2 virus includes a number of sequences homologous with human protein, which explains why Covid 19 infections can trigger a range of cascading conditions including coronary arterial disease, strokes, and systemic hypertension (Seneff & Nigh, page 21). Wild spike contains almost all the aforementioned sequences as does lab-spike which the circulating mRNA instructs cells throughout the body to generate. First jab and our immune systems generate vaccinal antibodies to combat spike docked on the surface of the cell membrane. Second jab three weeks later, ditto. Three, four months pass and there’s a third wave of spike-generated antibodies being generated causing confusion as to their relationship to booster-spike, existing antibodies from the first and second jabs and/or human protein homologous with spike, thus potentially triggering cross-reactive antibodies pathologically primed to attack the liver, mitochondria, nervous and digestive systems, pancreas and blood platelets (Seneff & Nigh, page 15), and the consequential danger of hatching a range of autoimmune diseases that lead to low platelet counts, peripheral nerve damage, pernicious anaemia and lupus (ibid. pp 16-17)

The last two years have set the stage for antibody-dependent enhancement (ADE) whereby the immune system assists rather than repels the virus: there is an increasing and real fear of a perfect storm: mass vaccination programmes driving newer more infectious or lethal variants, vaccinal antibodies not only unable to sterilise the virus but also rapidly waning in efficacy therefore requiring continual boosting resulting in a situation that invading viruses are able to exploit either directly through gaining cellular entry by exploiting gaps in the defence (Jesse Santiano & Seneff and Nigh, page 12)) or indirectly by exploiting cytotoxic inflammatory conditions in the wake of early infections leading to tissue damage and heightened infection, and unable to be cleared by a depleted immune system (Seneff and Nigh, page 13). With respect to the former (direct) route for ADE think: a guerrilla contingent circling army HQ and finding exhausted sentries asleep at their posts with the gates wide open, and with respect to the latter (indirect) route, think: discipline so deteriorated that when the guerrilla contingent strikes it finds a heavily compromised garrison with neighbouring brothel-diseased soldiers all suffering from hang overs and keys to the safe. What is the likelihood of ADE? Paul Offit says it can’t happen, Geert Vanden Bossche says it will happen if there’s mass vaccination against Omicron, and Paul Alexander believes that soaring infection rates and deaths among the vaccinated tell us it is already happening. In the end: man proposes, God disposes. See also: Derek Lowe & Edward Nirenberg

Vaccinal spike could be causing long-term prion-like diseases: research flowing from papers by Weickenmeier et al., Mueller et al., & J. Bart Classen suggest that vaccinal spike might be causing prion-like diseases (Seneff & Nigh, pages 22-5), in that lab-spike contains five prion-like motifs one of which is located in the proline region mentioned above (see: ‘lab-engineered spike is far more toxic that the real thing’ above) and is able to bind to host proteins inducing misfolding into prions. They argues that the pH balance in the spleen, accumulating spike and resultant inflammation create the perfect condition for hatching toxic prion oligomers which are then transported as exosomes up the vagus nerve to pathways in the brain causing widespread neurodegenerative disease manifesting over time as Alzheimer’s, Parkinson’s, and amyotrophic lateral sclerosis (progressive weakness and muscle atrophy)

Vaccine side-effects might be early signals of serious disease developing in the background: Seneff and Nigh contend that early Vaers reports of headaches, nausea, dizziness, encephalitis, blood clots, Bell’s palsy, anaphylaxis might be important cardio vascular and neurological signals that we downplay or ignore at our peril (Seneff & Nigh, page 22)

Geneticists are playing God: given that the very virus with which we are now grappling is almost certainly lab-made – the smoking gun being research suggesting that the SARS-CoV-2 virus 2 contain ‘proprietary (i.e. patented) sequences’ (K. Balamurali et al here) allegedly held by Moderna Therapeutics, Moderna TX, Cambia, CureVac AG and even Monsanto (references: Rose here and an interview with the CEO of Moderna here) – the spectre of reverse engineering causing chromosomal damage cascading downwards trans-generationally or any other genetically-engineered nightmare is a distinct possibility (Seneff & Nigh, pages 26-30). At issue is a paper that has just come out (Aldén et al, here) reporting that mRNA ‘reverse transcribes’ into DNA in the nucleus of liver cells and, therefore, potentially, testes and ovaries with transgenerational implications, something the CDC assured vaccinees would never happen (see image below). See (also): Peter McCullough’s alert here, a Trial Site News report here, Reddit discussion here and a broader sweep here.

Vaccines are falling seriously short in a number of other ways: whereas the body’s natural immune response is immediate, vaccinal antibodies need two injections spread over weeks to come into their own leaving the vaccinee vulnerable to Covid, during the interim. Whereas the innate response is broader, longer lasting and against many different antigens present in the virus, vaccinal antibodies are not mucosal and only pinpoint the Covid virus’s spike protein but of an earlier variant, no longer circulating.

To illustrate some of the above:

Finally, I share four personal illustrations of possible vaccine-induced injuries. A family member suffered full-blown Covid after her first Pfizer shot. After her second she developed what she described as a bumpy heart diagnosed as arrhythmia and ascribed to ‘post-Covid’ (not ‘post-vaccine’!?). Months later her condition hasn’t changed and after yet another thorough medical assessment her diagnosis is now depression. Hers, I believe, is a template: dull humankind’s grief through mass medication. I received news of a second fully vaccinated family member being admitted to George hospital and diagnosed having suffered a series of mini-strokes. A few weeks previously a fully vaccinated friend died or a heart attack. The fourth instance was a distraught neighbour sharing that her perfectly fit father has recently been in and out of hospital but doesn’t want to consider vaccines might be the cause, although (his daughter reports), “I think he knows, because he’s heartbroken.”

You can find the other two parts:

These following three sections relevant to the discussion:

can be accessed by reading the full post (I fear deeply their diktat: vaccinate; so should you) here.