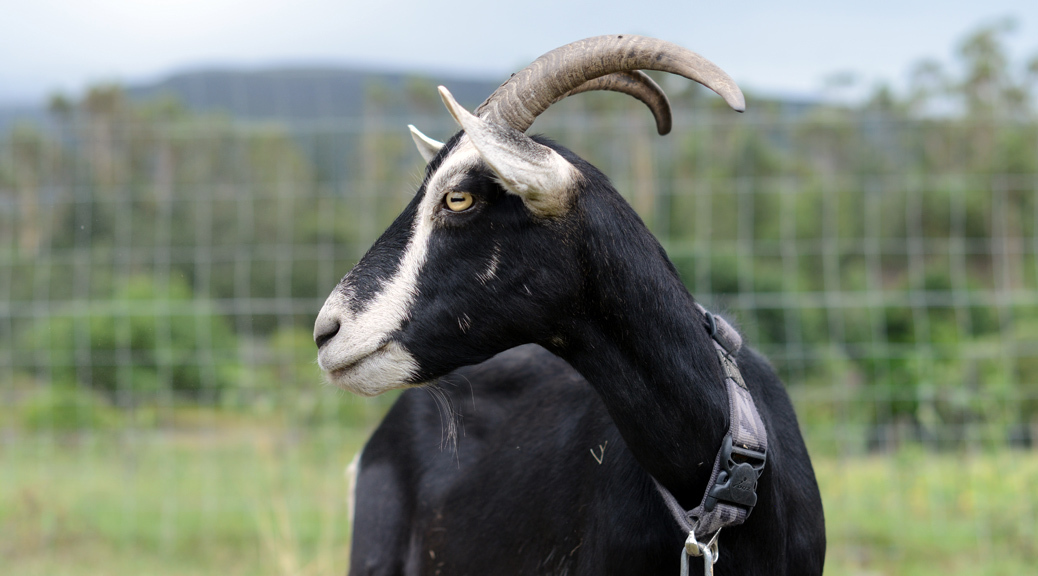 The message I glean from our goats: is it necessary also to disrespect us?

Early morning I looked at Daisy (matriarch of a herd of four adult and six baby goats) standing at the entrance to the enclosure, and asked her please to let Kashka through, whose turn it was to be milked. Daisy stepped aside, and Kashka slipped in.

Surprised, I gratefully responded, “Thank you mama. Thank you.”

Daisy looked back at me with those clear, yellow glass eyes of hers and flashed, “No problem”, turned aside to meditate in the sun.

It’s been six exasperating months during which I have tried to deal with Daisy’s ongoing bitchiness towards the entire herd – particularly towards Kashka, until about three weeks ago I read somewhere an author lamenting that we no longer groom one another. A week or so later Matt, whose farm, with Sasha I’m looking after in their absence, commented: “Look at Billy’s beard. Do you polish it?” And I laughed, but then the word ‘groom’ popped back into my mind.

One or two mornings later I thought that now the tick season has passed and I have more time on my hands between milking each goat, why not rub each one down?

I started with Daisy. I scratched behind and around her horns and then worked my way down and up her spine and flanks. The moment my nails dug firmly into her hair, she stopped munching her oats and barley and stood quietly – as if in a trance. Then I used my palms to smooth her hair. After I had finished, Daisy resumed feeding. A while later I lowered the stable barrier and the grande dame of goats slow-marched down to join the herd, as if saying, “Respect! What took you so long?”

I now groom every goat daily – even Billy. The herd glistens in the Overberg sun.

Maybe it’s because I live alone but I’ve also taken to talking to them. Not in goat language – but in English, adult to adult. For instance, today I told Daisy she mustn’t try to slip back to feed from the kids’ lucerne once I’ve indicated it’s over. She looked at me with those clear yellow eyes of hers. OK.

Last night when I untethered Daisy after feeding time, she didn’t immediately push aside Peggy-Sue to get to what was left of her lucerne, instead she continued lying on the fresh straw, chewing the cud sleepily.

The message I glean from the goats: we share our milk, we accept that in the great scheme of things you’ll take and slaughter our kids, therefore is it necessary also to disrespect us?

2 thoughts on “Our responsibility towards the animals we farm”