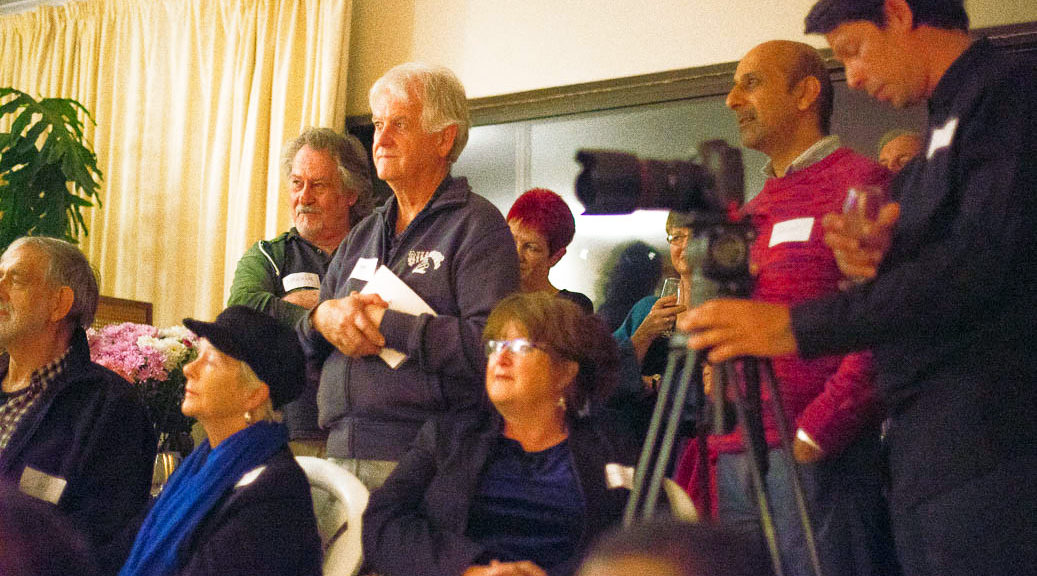 Paul Ashton, Jungian analyst, Ken Barris, writer, critic and friend and three readers who helped shape the text: Louis de Villiers, Joshua Mentz and Matthew Mentz, and Llewellyn Alberts – quoted at the head of chapter eight, were asked to present at the launch of my indie-published book ‘Enter’. This is what they said.

Please note that if you have a problem with sound you can pump up the volume using the YouTube slider (bottom left of the YouTube screen) and the volume control of your computer or speakers. Enjoy!

Penny Busetto reads an introduction to the book written by Dr Paul Ashton who couldn’t attend:

Summary: In his introduction Paul noted and showed how his own ‘pet interest’ in the topic of the void overlaps with the book (Enter). Paul’s sense is that void experiences signify disconnection from or loss of our whole selves, which has come about through unconsciousness, neglect or denial. Paul felt that the book describes this loss, and how descent or falling into the void brings about the dark night of the soul revealing long repressed negative aspects of ourselves that we didn’t know were us – but also positive aspects. Over time, by doing what the alchemists describe as turning base metals into gold: a sense of solidity, wholeness and nuance is achieved which enables the integration of light and dark, self and others, and out of which choice flows. Paul believes that the book describes this process.

Summary: To illustrate the point that in his view Hennie’s temperament (Hennie or Hendrik, the author) invites or dwells on calamities [laughter from the audience], Ken commenced his address with a scripture reading from chapter one verse eight of the Book of Job. Ken likened Job’s contestation with a metaphysical God to Hennie’s grappling with the idea of mind or consciousness. Ken found the book a tough, interesting and challenging read that threw up two problems or challenges for him: (1) how do you think and (2) who are you? With respect to the first problem Ken questioned the premise in the book that humankind is by definition separate from world-in-itself by pointing to the audience that he noted comprised community. On the question of who we are, Ken suggested that, generationally speaking, were Hennie to look at his own family line he would see that not only trauma but creativity has been passed down and that additionally to looking into the heart of darkness, Hennie should look into the heart of light.

Summary: As he was unable to be present Louis mailed an input which unfortunately was overlooked during the last-minute preparations for the talk.

Louis recounted how he met Hendrik (the author) 15 years previously, his impressions at the time and how their friendship grew. He then expanded on Hendrik’s propensity for seriousness. He referred to an incident in the book to illustrate what he sees as Hendrik’s fearlessness to go where most would not dare: namely, to drop the societal façade and to connect deeply with another. He ended by saying that the book will speak to anyone who takes the trouble to engage with it.

Joshua Mentz gives his take on the book

Summary: Joshua confided that he had always experienced Hendrik (the author and Joshua’s father) as somewhat eccentric but, as the years progressed, also wise. He believed Hendrik was “wired differently”, a quality that attracted others. He mentioned that Hendrik had had a hard life and been very brave to have gone through what is described in the book, and also by laying himself bare in the book. The book is therefore an intimate read. Additional to the autobiographical side, the book contains a narrative about the interplay of individual psyche with society and how this plays out with respect to how we treat ourselves, one another, animals and the planet. Joshua concluded by saying that it’s an important book highly coherent and an engaging and a surprisingly quick read that he believes will have a positive effect, and that it would therefore be good for people to read it.

Matthew Mentz gives his take on the book

Summary: Matthew concurred that the book is challenging because it demands readers enter a space different from how we normally approach life. Therefore in preparation for his speech Matt confided that he had tried to enter – the result being the clothes he was wearing. He then questioned why he had dressed that way. Was it he or to make his dad (Hendrik, the author of the book) proud? He concluded that if the latter had been his motive, then he hadn’t entered. References to Dante, Eliot and hell in the text, triggered for Matthew a question he had pondered over the years, namely, the implications of the alchemists’ understanding of ‘as above so below’. Matthew suggested that because we have forgotten why we react as we do, maybe things aren’t the way we assume them to be and that possibly it’s hell we need to get into. Because Hendrik lays himself bare in the book Matthew pointed out that he also lays his family bare and because Hendrik’s parents are dead the way they are described in the book isn’t the whole picture. Matthew concluded by saying that he was proud of the book. And although everyone could read the book it was really a book of kin in that Hendrik as scribe had captured something important that will remain in the family and be passed down the generations.

Lucky Lew AKA Llewellyn Alberts plays four of his compositions

A thank you to each of the above presenters, as also Oscar O’Ryan, who, at very short notice, shot the videos. Thank you also to our photographers: Ken Barris, Tony Carr and Oscar O’Ryan.