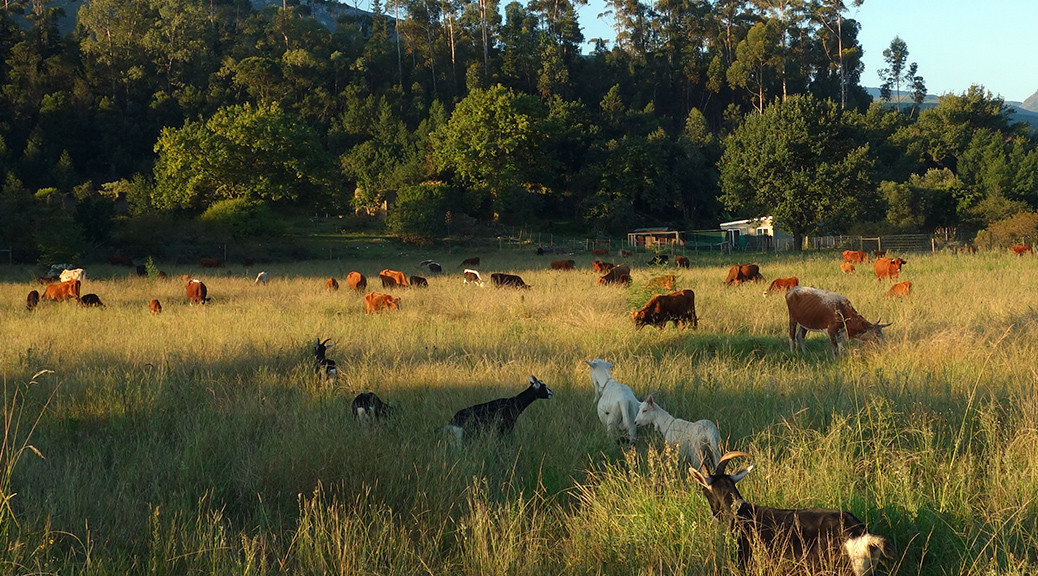 You should be prepared to pay up to twice the going price for the cheese I make from Daisy’s milk so that it’s not necessary for me to be cruel to her – or go without,

Some days ago, I participated in a conversation on Twitter about factory farming between Free Ranger, GrassConsumerAction and The Farmer’s Weekly; which I afterwards shared with Patsy when she delivered a basket of organic vegetables from her garden, and who also asked what factory farming is? I repeated Free Ranger’s definition quoted above

“But that’s what my brother used to do, with chickens. He says how else can we feed everybody?”

And this was my reply to Patsy hopefully, this time round, without ranting.

Where are funders putting the big money? Into resources: water, land and food. Why? Because they are finite and when we run out the prices will rise. At the moment food is incredibly cheap. Why? Because, like fracking, we are exploiting every single avenue, which, in the case of food, includes factory farming, herbicides, pesticides, fertilisers and GM seeds all of which are wreaking havoc on the animal kingdom, our oceans, the soil, insects and seeds – much of which has falling under the control of mega corporations whose purpose in the name of feeding the multitudes is power and ROI.

I, as a small, off-grid farmer, do not recoup my costs – let alone make a living selling milk and cheese at the going rate. So must I, like Patsy’s brother and countless others, become more ‘efficient’, by increasing my herd and stuffing them into smaller and smaller cubicles where they are fed ‘scientific’ gruel from offal?

No. We cannot allow this madness to continue for the sake of the few at the expense of the planet. Animals shouldn’t have to suffer so that we can eat cheap pies. Like Free Ranger and @GrassConsumerAction  we have to ask the difficult questions. This means that you should be prepared to pay up to twice the going price for the cheese I make from Daisy’s milk so that it’s not necessary for me to be cruel to her, Kashka and the others– or go without, because, as Vasily Grossman sees it:

Human history is not the battle of good struggling to overcome evil. It is a battle fought by a great evil struggling to crush a small kernel of human kindness. | Grossman, V. (2011:394) Life and Fate. Vintage. London.

In the end, therefore, it’s not about science, logic, efficiencies, profit, or power, it’s about what Grossman calls ‘senseless kindness’, otherwise we’re lost, and the planet with us.